President of the Republic of Serbia Aleksandar Vučić paid a working visit to Brussels today, where he met with the EU High Representative for Foreign Affairs and Security Policy Josep Borrell and the European Commissioner for Neighborhood and Enlargement Olivér Várhelyi, followed by a trilateral meeting between Belgrade, Priština and the EU.

President Vučić first met with the European Commissioner for Neighborhood and Enlargement Olivér Várhelyi to discuss the reforms that Serbia needs to implement on its path to the EU, the fight against COVID-19, as well as the economic and investment package for the Western Balkans to be presented by the Commission in autumn. 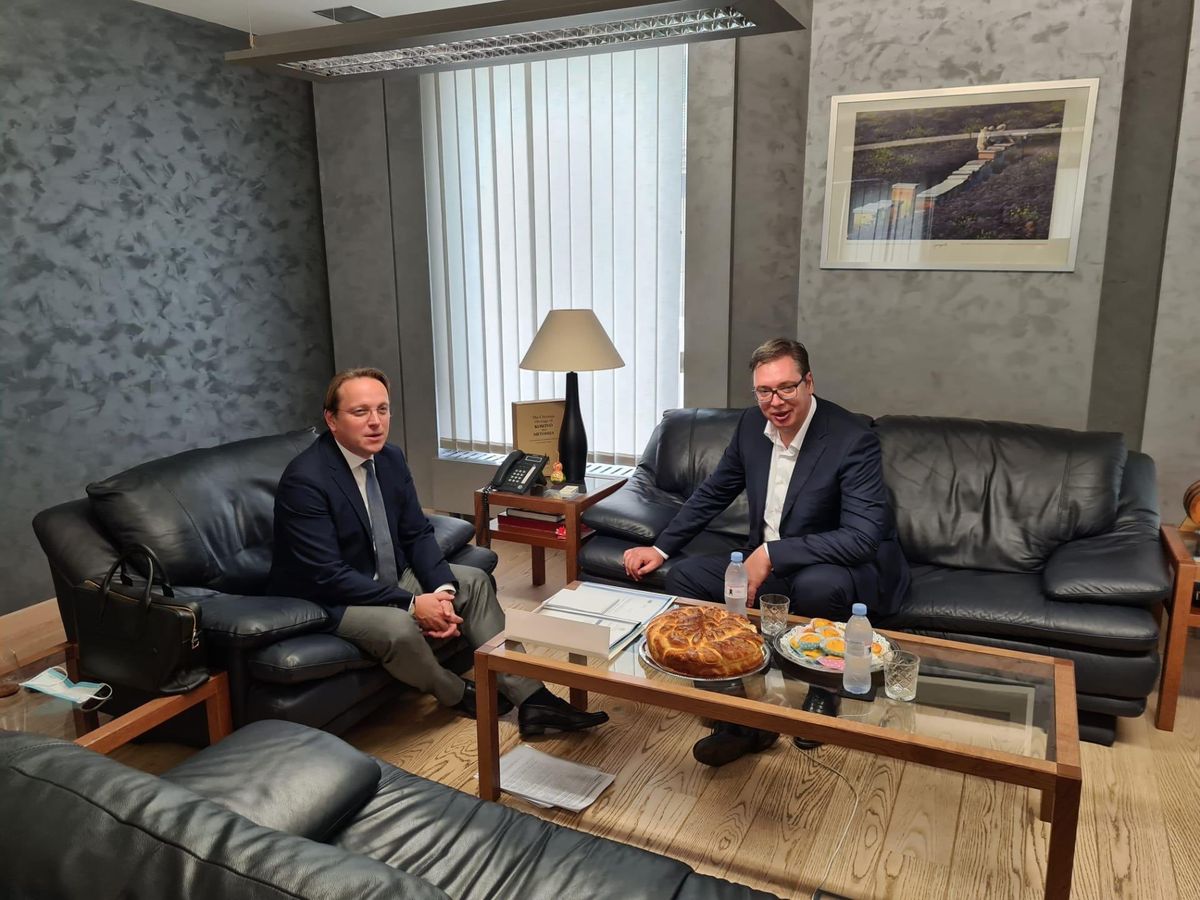 President Vučić also met with the EU High Representative for Foreign Affairs and Security Policy Josep Borrell, who expressed his satisfaction with the fact that the EU has once again taken the helm of the process of normalization of relations between Belgrade and Priština.
Borrell pointed out that he expects Belgrade and Priština to approach the renewed dialogue in Brussels in the spirit of compromise and pragmatism with the European future. 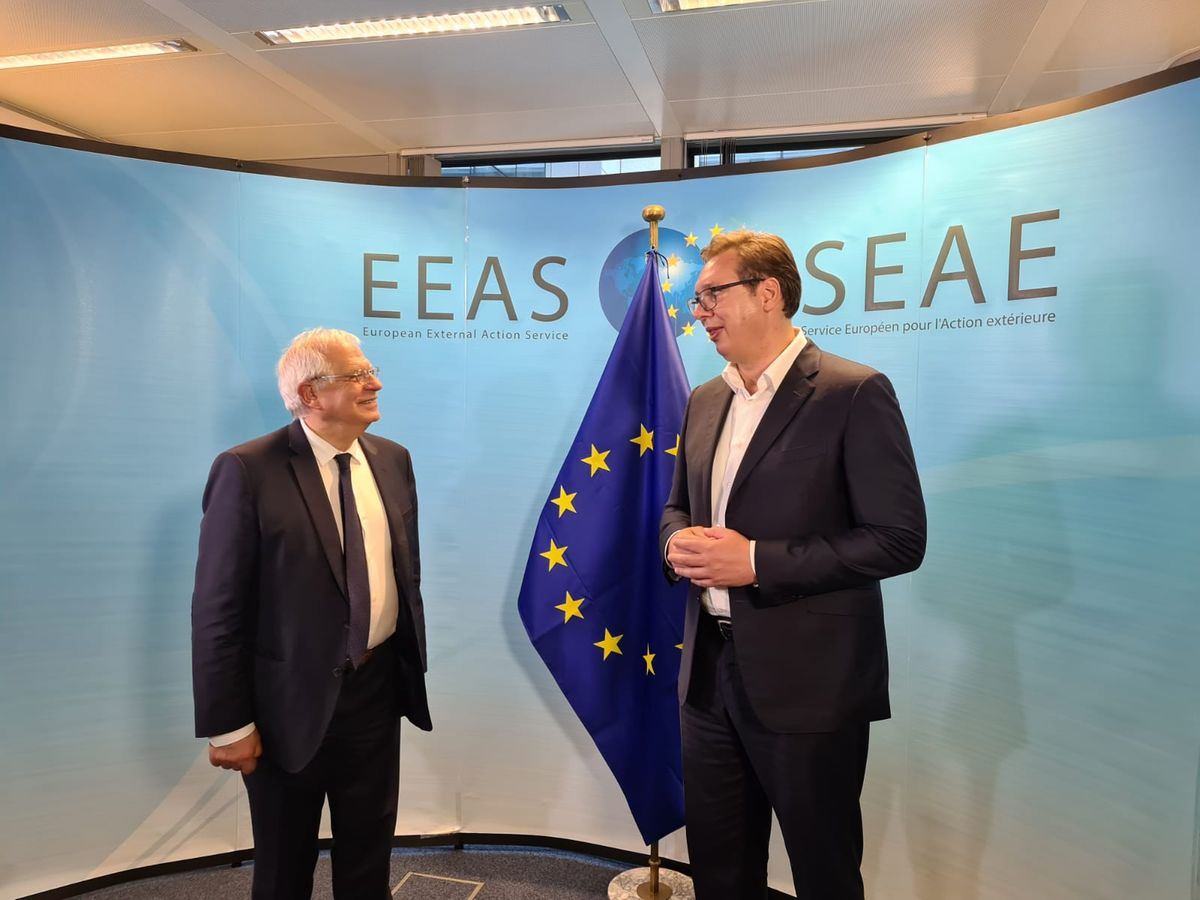 After the trilateral meeting of Belgrade, Priština and the EU, President Vučić pointed out that important issues had been initiated in Brussels and announced the continuation of talks at the technical level.
"We had meetings in Brussels that were anything but easy; our and Albanian delegations discussed two or three issues that we agreed on at the summits in Brussels and Paris. We talked about missing and internally displaced persons and about the economy. We are negotiating here with Brussels and with the most powerful countries in Europe that have recognized Kosovo. I think that we prepared for the meeting thoroughly, that we managed it well and that we represented the interests of Serbia in the best way. We were serious, responsible, and it was clear during the dialogue that we truly came to talk and make progress," said President Vučić. 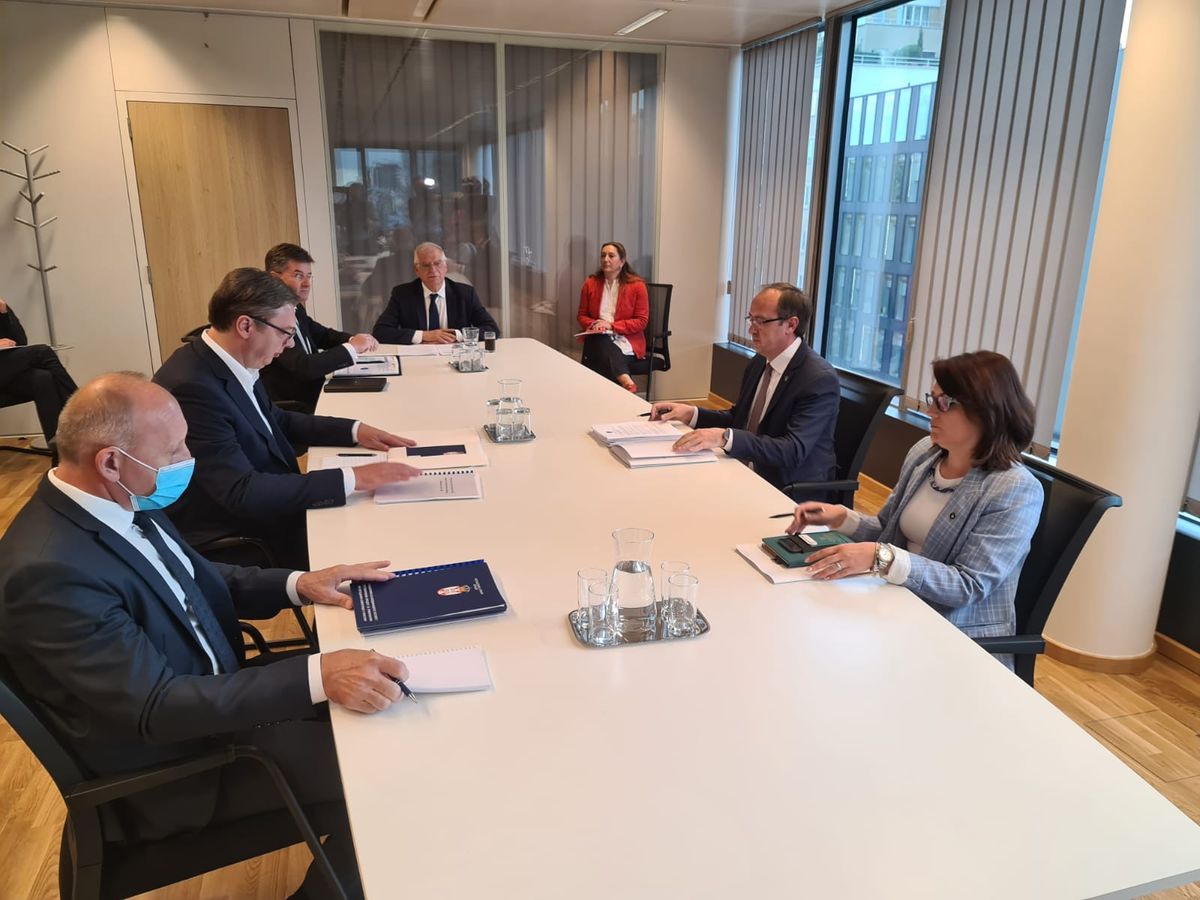