President of the Republic of Serbia Aleksandar Vučić visited the works on the Sava Square within the Belgrade Waterfront project and said that the renovated Square would be the largest in Serbia, with plenty of greenery and a magnificent monument to the founder of the Serbian state, Stefan Nemanja.

"This will be the largest square in Serbia, 20,000 square meters of clear space and 12,000 square meters of roads," said President Vučić, adding that this is another major step towards beautifying Belgrade, making the city more functional.
President Vučić added that Belgrade is the flagship of tourism with more than a third of the tourist capital and a significant share in the country's GDP.
"Belgrade was largely affected by coronavirus consequences, but I expect that this part of the city - Belgrade Waterfront, Savamala - will be yet another urban part that will be able to contribute to the development of the city and Serbia," said President Vučić. 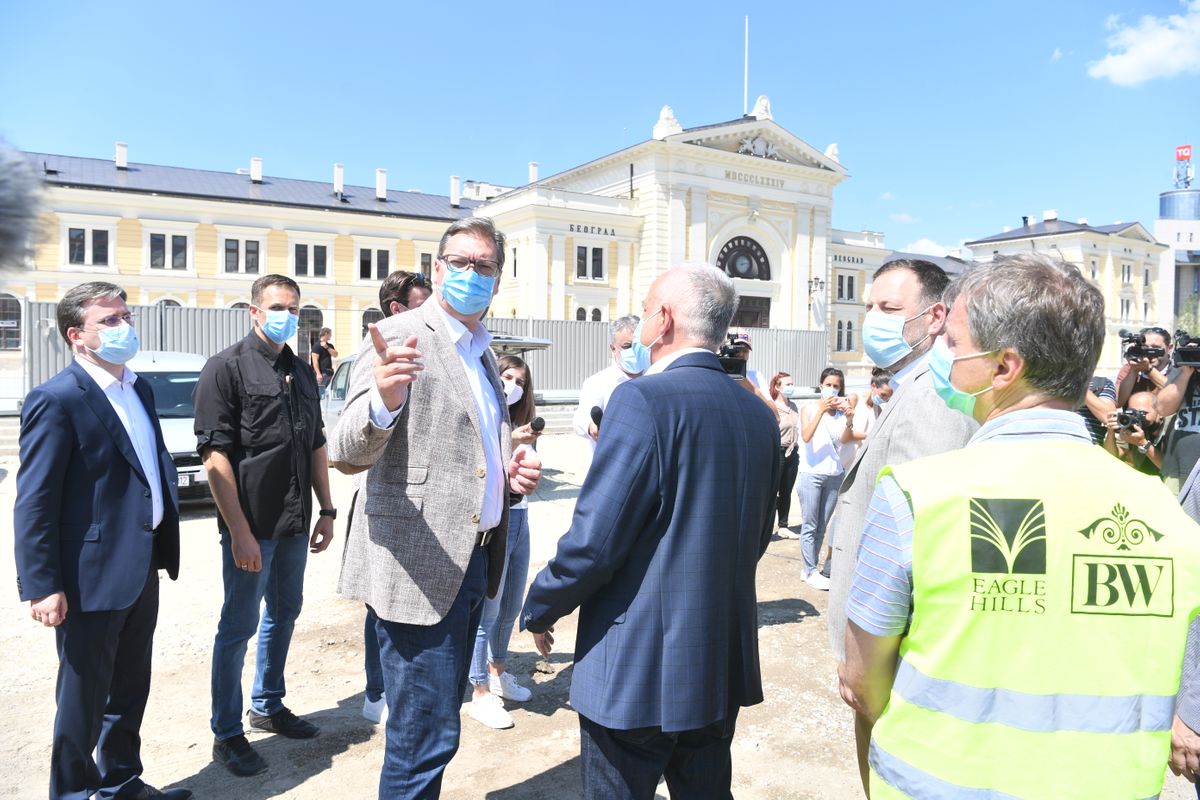 President Vučić added that with the renovated facade on the building of the once central railway station, with night lighting, the Square will look magnificent.
President Vučić said that 300 trees would be planted on the Square, which is significantly more than before, adding it was essential to have as many green areas in the city as possible, and that he hoped that all investors and contractors would take this into account in the future.
He noted that the square will be adorned with a magnificent monument to Stefan Nemanja and pointed out that the erection of a monument to the Grand Prince is our debt to the founder of the Serbian state, who united Serbian lands and began to create a state. 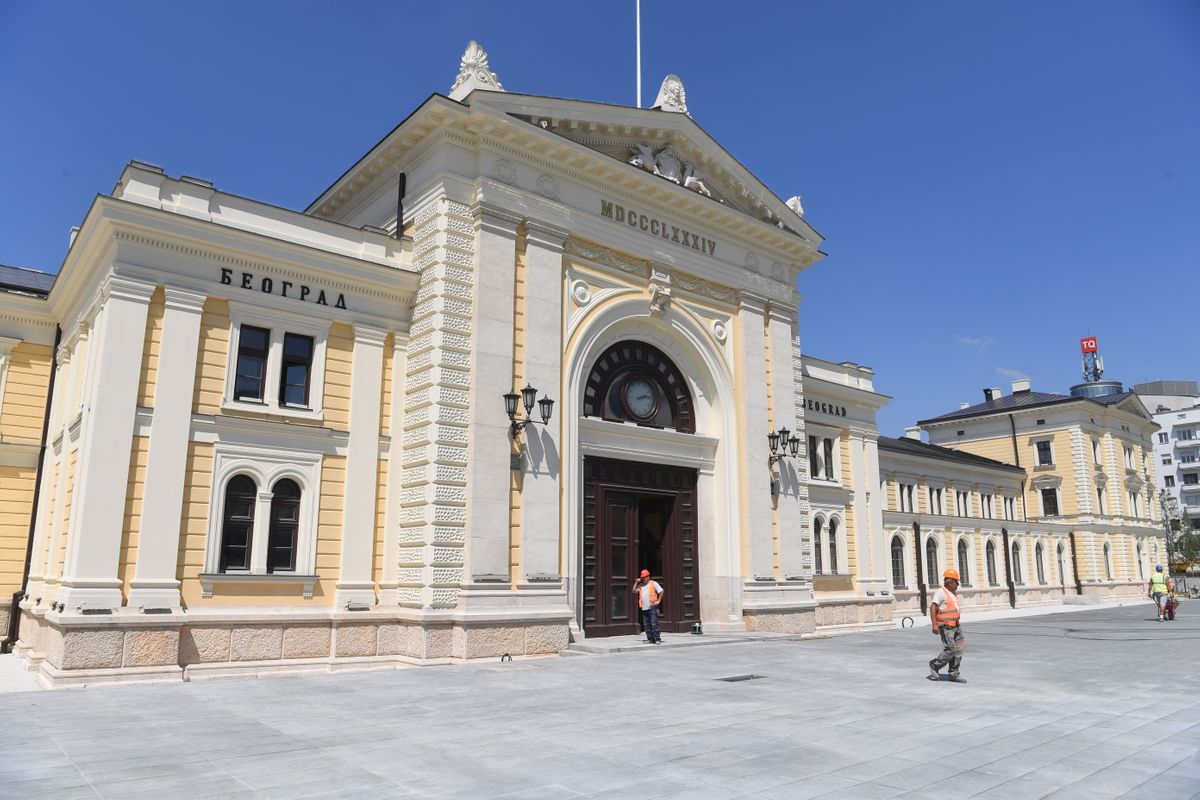 President Vučić said that only six or seven years ago, there were 1,500 construction sites in the whole of Serbia, and today there is a total of 62,000 of them, adding that, among other things, that shows how much the country has progressed.
He said that the construction industry in Serbia recorded growth, despite the coronavirus induced decline in the second quarter, and pointed out that seven to eight years ago, that branch participated in the total GDP with 3.7 per cent, and today that share is 5, 9 per cent.
"Considering that agriculture is less than 10 per cent and that construction reaches six per cent, it is clear how much is being built and how much we have progressed," said President Vučić.
President Vučić added that seven years ago, Serbia ranked 180th on the Doing Business list in terms of issuing construction permits, and today we are 9th in the world.
Share