President of the Republic of Serbia Aleksandar Vučić met today with Prince Albert II of Monaco during the first day of his official visit to our country and stated that "mutual commitment to strengthening relations and further development of cooperation in all areas" was expressed in a conversation with the Prince. Following the meetings, the President presented the Order of the Republic of Serbia on the Sash to Prince Albert II of Monaco.

President of the Republic of Serbia Aleksandar Vučić met today in the Palace of Serbia with Prince Albert II of Monaco, to discuss the deepening of bilateral relations, as well as improvement of cooperation in many areas of mutual interest. The President assessed that this visit represents a "historic step" in the relations between the two countries and that their talks will give an excellent impetus to cooperation, adding that he asked for additional support from Monaco in Serbia's European integration, but also the support of the Prince's family. 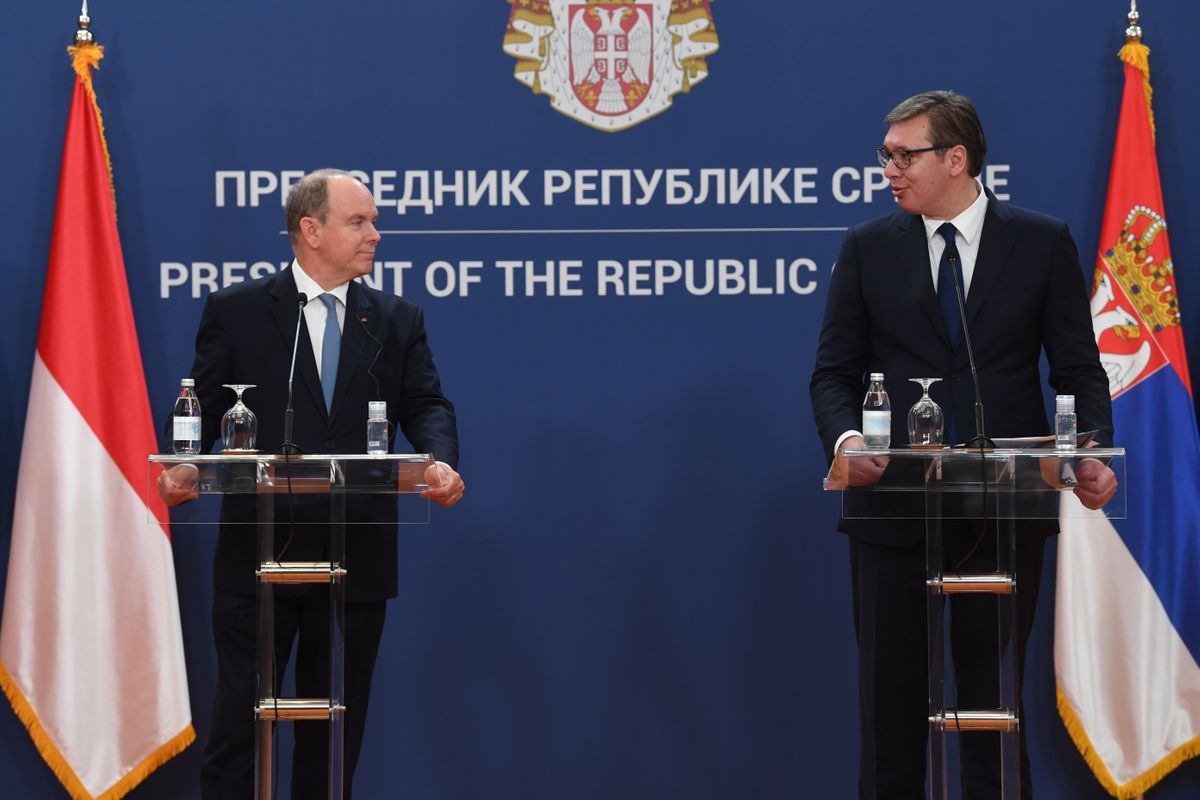 "We have a great pleasure and special honour today to host Prince Albert II of Monaco during his first official visit to Belgrade. I am happy and flattered that as President of the Republic of Serbia I had the opportunity to talk to Prince Albert II of Monaco and learn many things," said the President. He added that the Republic of Serbia and the Principality of Monaco are "two old European states that can be proud of their history, tradition, freedom of spirit and aspiration to preserve their identities and uniqueness."
Speaking about the Agreement on Economic Cooperation signed today between the Serbian Chamber of Commerce and the Monaco Economic Board, President Vučić emphasised that this document will significantly contribute to strengthening economic cooperation and increasing trade between the two countries, which is currently at an insufficient level, while in the service sector it is somewhat better.
"We believe that we can improve both in the coming period," added President Vučić and expressed the expectation that the Agreement will also affect the development of tourism. 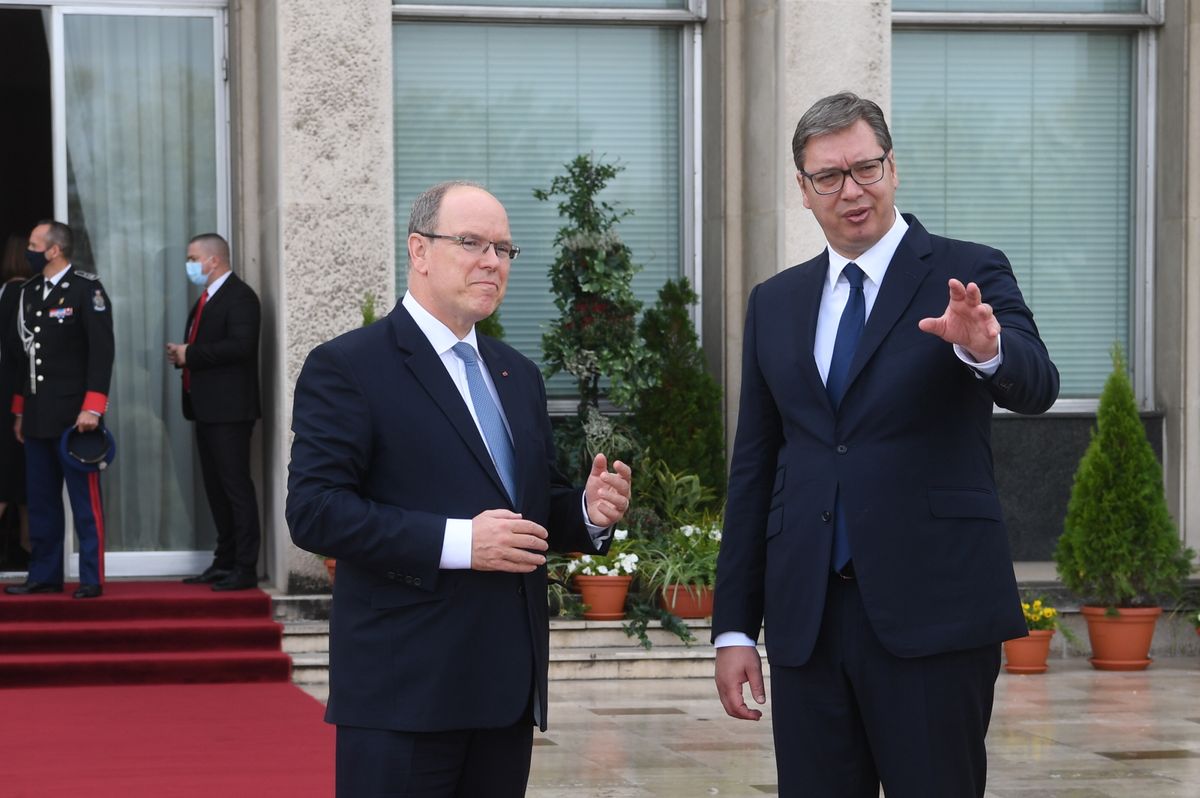 After the talks with Prince Albert II, the President of the Republic announced that Serbia would soon join the Alliance for Multilateralism at the UN, an initiative launched by Germany and France.
"I believe that because of all we could learn today from Prince Albert, but also because of Serbia's commitment to the development of multilateralism, we will soon join this initiative," said the President, adding that he also talked with the Prince about world politics, climate, as well as the coronavirus and that he has learned a lot about environmental protection and nature parks.
Prince Albert II of Monaco thanked the President for the warm welcome and added that his visit to Belgrade and Serbia is a new beginning of excellent relations. He emphasised that today's signing of the Agreement on Economic Cooperation marked a new stage in the relations between the two countries and added that he cared to talk with Serbia about preserving the environment, but also about culture and sports, pointing out that Monaco remains observant to multilateralism through the Alliance for Multilateralism. 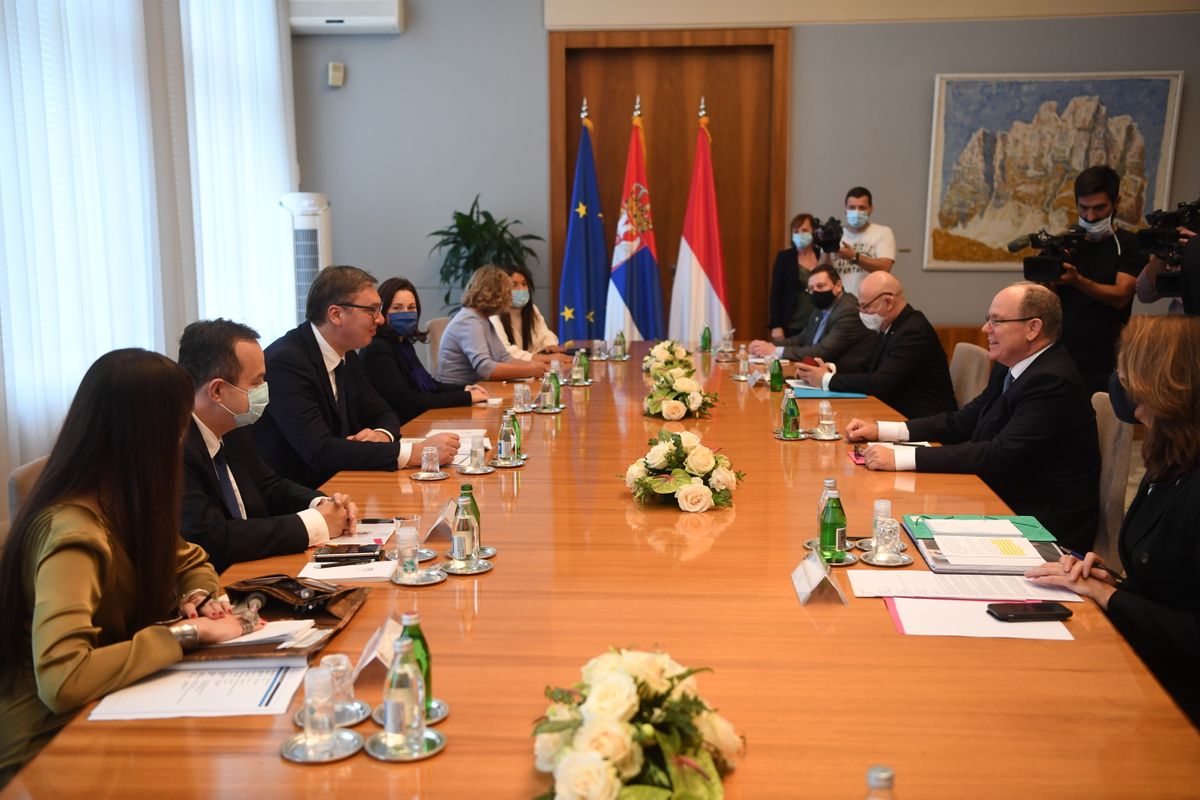 "The talks give me hope that Serbia will be able to join the Alliance for Multilateralism," said the Prince, who believes that in that way the ties between the two countries will be strengthened.
"Although the two countries established diplomatic relations only in 2007, today we have the opportunity to give them a new impetus with this visit," said Prince Albert II, adding that he came to exchange views with President Vučić on topics of common concern, such as environmental protection, tourism, and promotion of sustainable development of renewable energy sources.
"The Republic of Serbia and the Principality of Monaco can seem different in many ways, but I believe that the complementarities and common points of our countries will be trump cards for strengthening our relations at different levels," the Prince concluded.
During the day, Prince Albert II will also have a working lunch with the Prime Minister of the Republic of Serbia, Ana Brnabić. He will also visit the National Museum, while tomorrow he will stay in the north of Serbia. 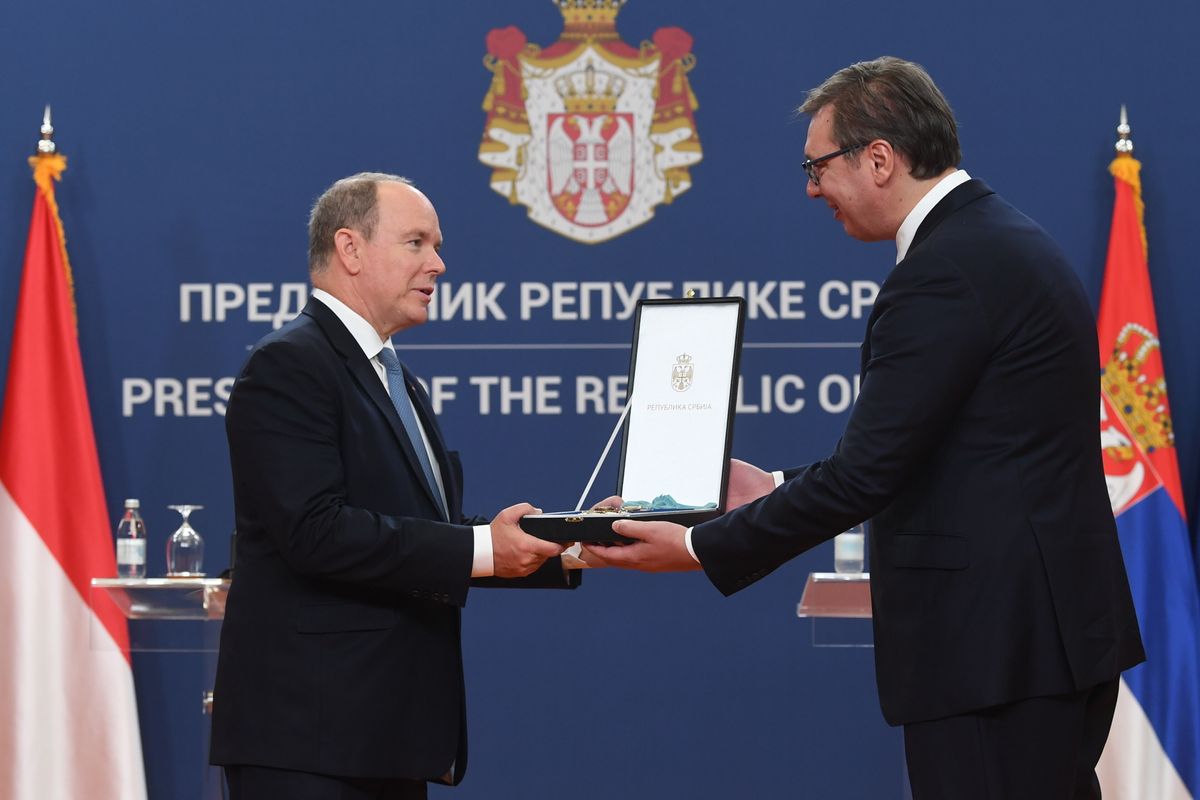