President of the Republic of Serbia Aleksandar Vučić talked today via video link with the Chief of the Delegation of the International Monetary Fund Mission, Jan Kees Martijn, about the implementation of the fifth and last current "Policy Management Instrument" arrangement, which Serbia has with the IMF until January 2021. They also discussed further opportunities for cooperation. The meeting was attended by Finance Minister Siniša Mali and NBS Governor Jorgovanka Tabaković.

After the talks, President Vučić pointed out that a new arrangement with the IMF would mean security and a better position on the international financial market for Serbia. He also stated that today, for the first time, they discussed the increase in salaries in the public sector. 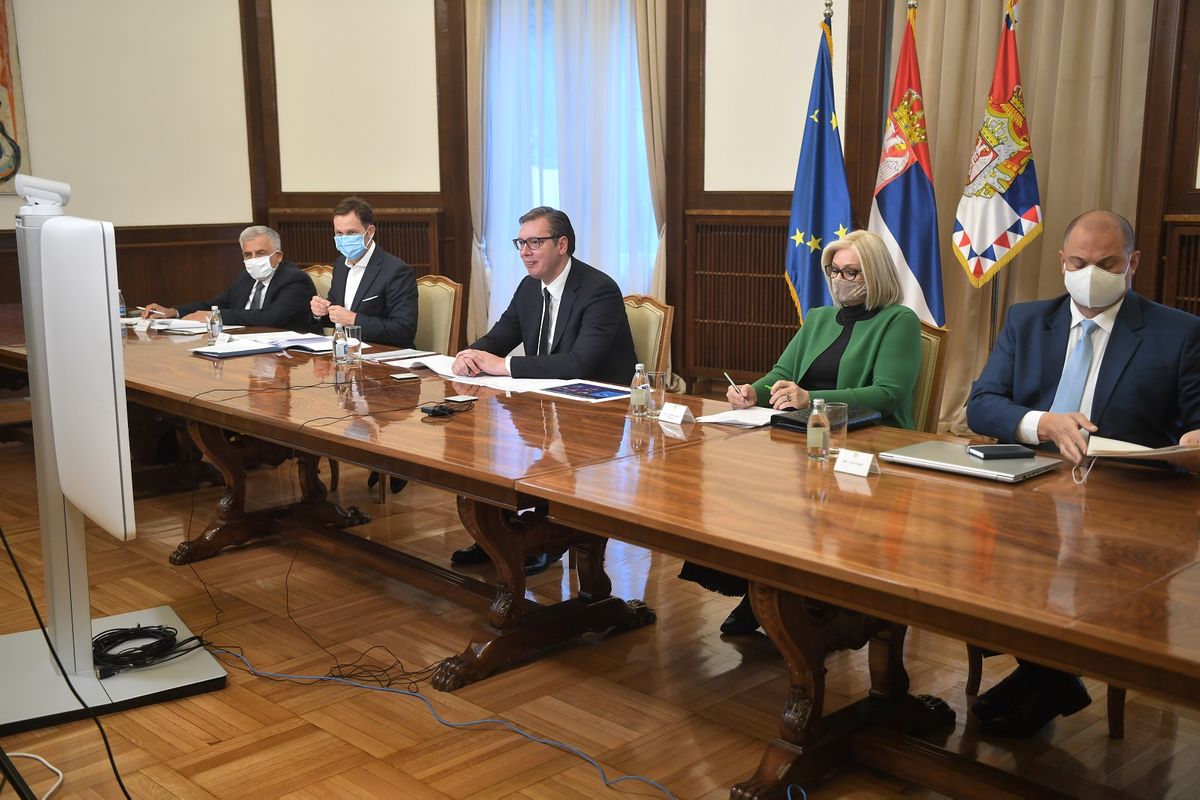 "We started talking about salaries for the first time today. They are sceptical, but we insisted and presented sufficient room to increase salaries in the public sector when you take into account that the minimum wage is growing by 6.6 per cent for 325,000 workers in Serbia. People need to understand that this is incredible growth in the context of the corona crisis. We are talking very carefully with the IMF, and we do not underestimate the risks they are talking about. Serbia is becoming stronger and economically more robust, also due to the fiscal consolidation and reform measures we have implemented. "Whether we will be able to keep that, depends on our work, energy and diligence," said President Vučić, adding that an increase in salaries in health care has also been planned.
"According to the new IMF assessment, Serbia will be the first in Europe in terms of growth rate and will end 2020 with a gold medal. The decline will be minimal compared to the countries in the region. I want to congratulate the citizens of Serbia," said President Vučić.
Belgrade, 14th October 2020
Share