President of the Republic of Serbia Aleksandar Vučić participated today in the video conference Summit European Union - Western Balkans, which ended with the adoption of the Zagreb Declaration in 20 points. 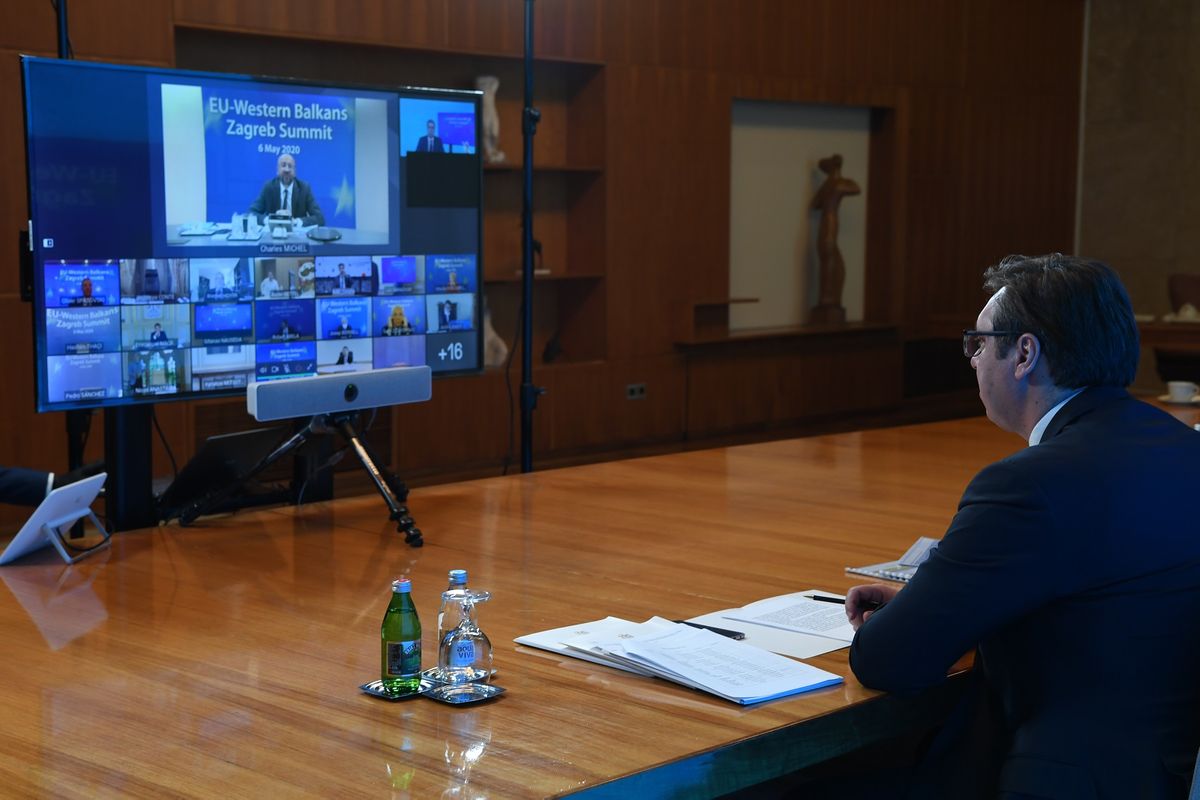 President Vučić pointed out that it was important for Serbia that representatives of almost all countries were present and that the talks covered three topics: economic recovery, the continuation of reforms and the process of further approaching to the EU, as well as a great support to Belgrade-Priština envoy Miroslav Lajčák and talks on the future of the Belgrade-Priština dialogue.
"There is strong support for Lajčák. I reiterated that we respect him and look forward to continuing the dialogue, and that we seek a compromise solution, but that it is notably difficult for us and that we do not take blackmails from Priština. A dialogue is entered in bona fide, with the best intention to talk, you cannot say in advance what the content will be," said President Vučić. He added that Serbia asked for more grants and fewer loans, and asked the President of the EU Commission Ursula von der Leyen twice that Serbia be exempted from steel export rules because Smederevo steel industry is our largest exporter and the essence of economic growth. 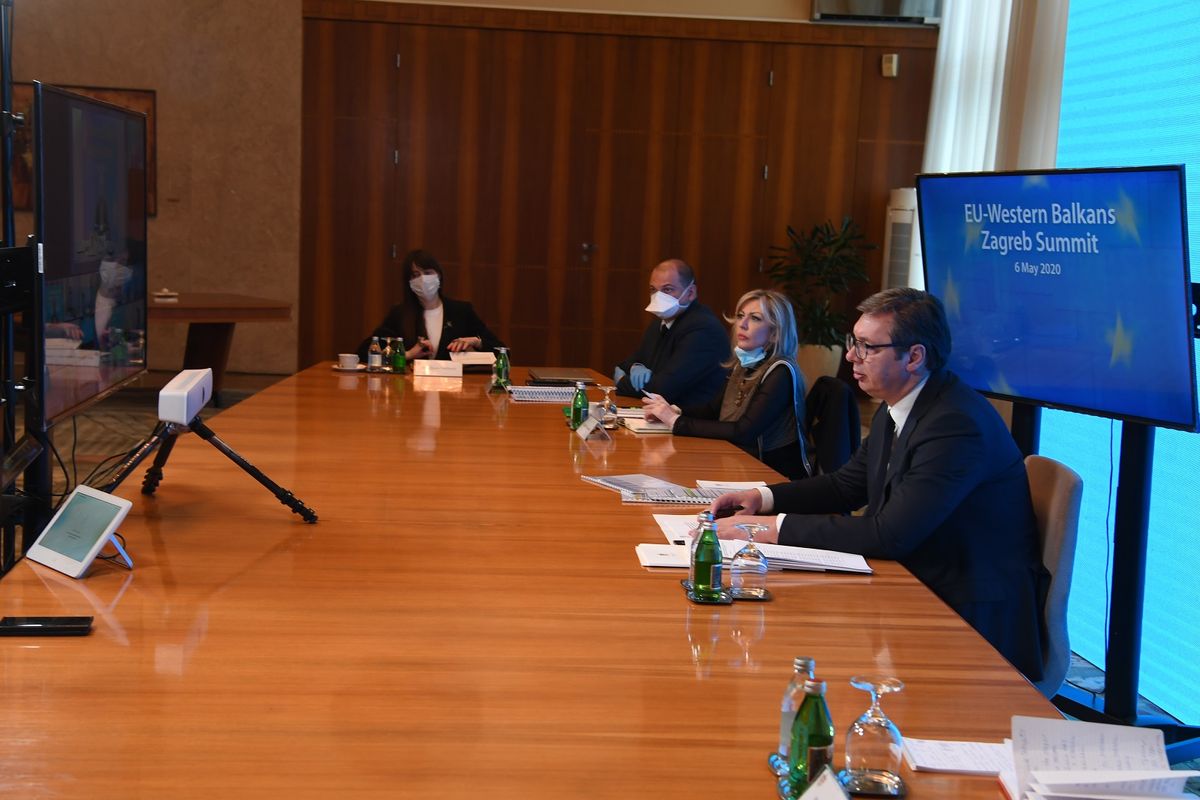 President Vučić conveyed that the European perspective has been confirmed, but also that it is necessary to talk more about enlargement, and less about the perspective.
"Serbia wants to be part of the Union and to have a concrete answer. If we cannot join in the next few years, not only because of the situation in our country, but also in the EU, I said that it is important to help us open all borders in the Balkans, and then to have more open borders through some agreement, enable entry into Hungary and Croatia without documents or actual borders. I heard for the first time that Viktor Orbán and some other regional leaders from the EU said that as much as the Balkans needed the EU, the EU needed the Balkans as well. It is the first time that this has been said clearly and unequivocally," said President Vučić, adding that Serbia's donation for the development of a coronavirus vaccine had been noticed and that Serbia had given Priština tests. He pointed out that Serbia would continue on the European path, that thanks to its good relations with everyone, it went through the severe crisis caused by the coronavirus very well.
"I am in favour of this - no matter how uncomfortable it is when you listen to and read certain media and news about it - to act in the interest of the citizens. We succeeded because Serbia is open to cooperation with everyone, and we are not afraid to say so. We have an independent and libertarian policy. The EU is a strategic goal for us, but China, Russia, the US are also our partners, and we will continue to cooperate well with them," said President Vučić. 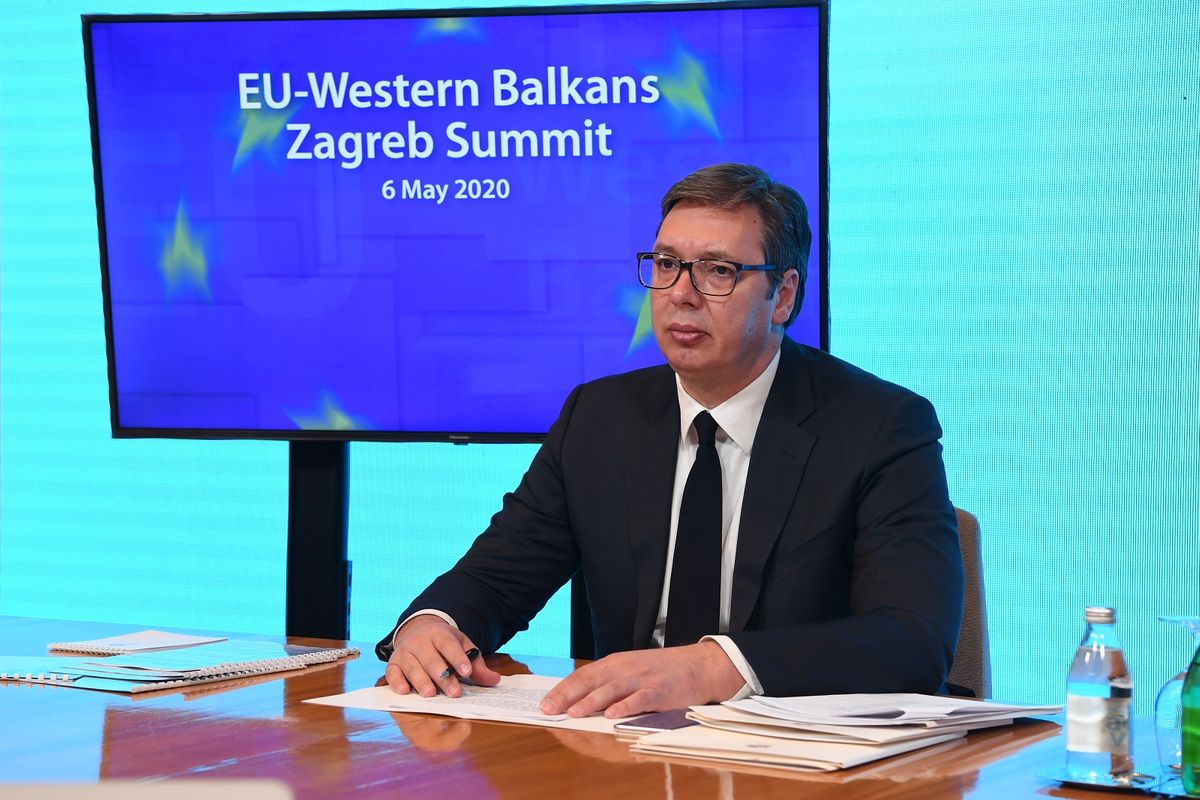 President Vučić also conveyed that the head of European diplomacy Josep Borrell believes that the elections are important and that a boycott is not a realistic option. In contrast, the chairwoman of the European Parliament Delegation for relations with Serbia, Tanja Fajon, believes that the situation is not suitable for prompt elections.
"We were supposed to have elections at the beginning of March, so we accepted that they would be later, on April 26, and then the epidemic came, so we said June 21. Four months have passed in all delays, and again it is not enough for them. Some need another four years in a state of emergency so that people vote for someone else. A difficult campaign is ahead of us, and I believe it will be fair. I will try to send positive messages, not to respond to insults and threats, to raise the bar to a higher level and show that Serbia can be ahead of many," concluded President Vučić.
Belgrade,
6th May 2020
Share