Visit of the President of the Republic of North Macedonia

President of the Republic of Serbia Aleksandar Vučić said today after the meeting with the President of the Republic of North Macedonia Stevo Pendarovski that Belgrade and Skopje have very sound relations with deeper trust than before, and without open issues except for the matter of Kosovo and Metohija, and the improvement of economic cooperation.

President Vučić added that he had an honest and open talk with the Macedonian President regarding all the key points in the bilateral relations of the two countries, regional initiatives and vital regional issues. 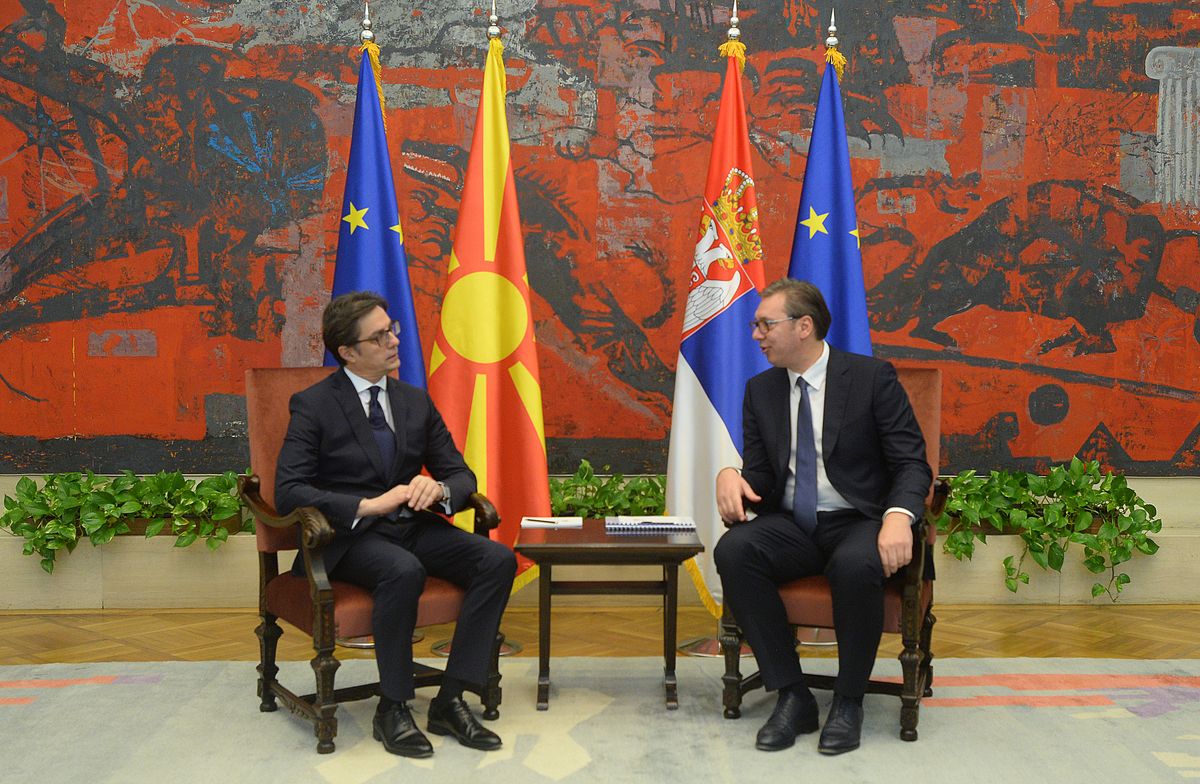 "Belgrade and Skopje have very good relations, it seems to me with more trust than a year or two ago and these relations will only run in a better direction. I am proud of the agreement we have made. I think this is the future of our region and a smart choice for survival and staying on our lands and that this initiative will bring good relations between our peoples and our countries," said President Vučić.
President Vučić added that Serbia does not have any demands towards North Macedonia.
"That is my message to Skopje, to North Macedonia and to the people living in North Macedonia - we have no claims, we are the only ones who are asking for nothing from the past or from the present, we only seek to work and cooperate well and to live well next to each other in the future,” he said.
President Vučić said that Serbia only wants North Macedonia to accept Serbia's extended arm and vice versa, noting that the two countries' relations are good and that he believes they can be much better.
"In political relations, apart from different views on Kosovo's independence, we have no other open issues. We want to build the closest friendly relations," the President said.
President Vučić emphasised that he is proud of the Novi Sad and Ohrid initiative, pointing out that it is the future of the region and a smart choice for survival and staying at hearths and homes. 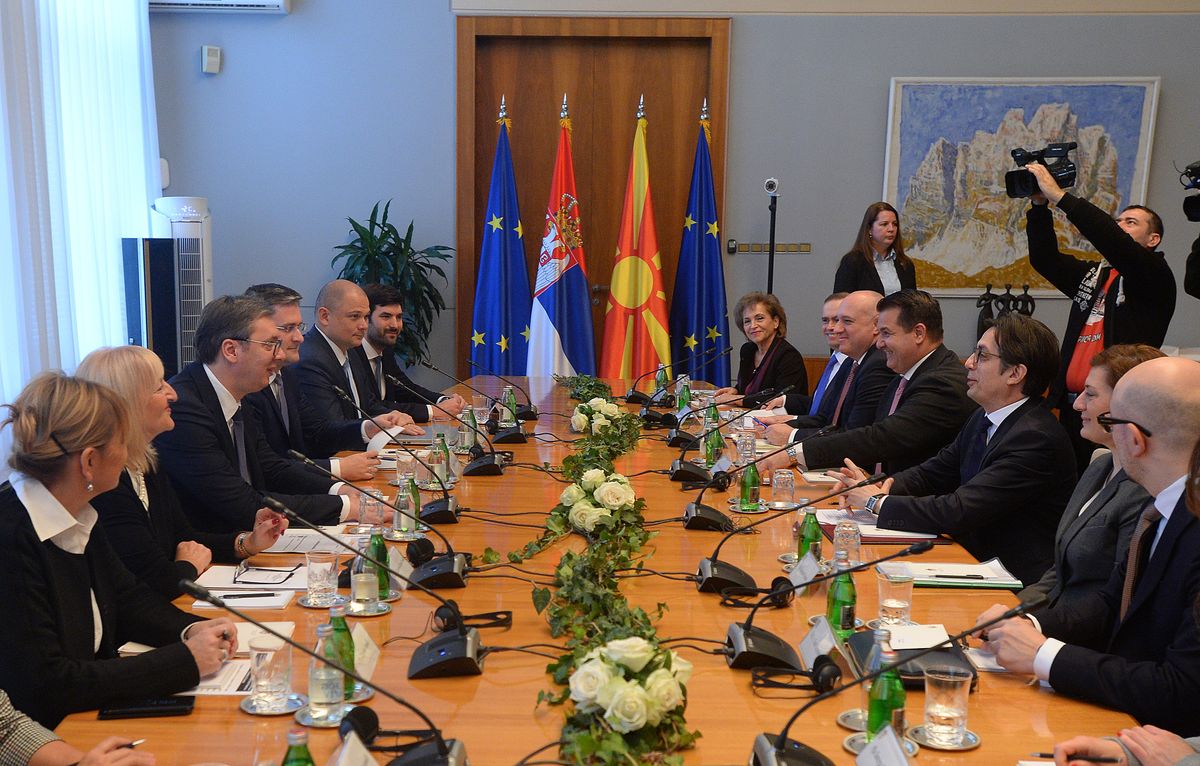 "I believe we will maintain this in Durres with Edi Rama," said President Vučić.
President Vučić added that the initiative is good for the region because in the conditions where it is unknown whither Europe goes, and where both countries are on the European path, it is important to offer something that - as he points out - is not an alternative, because it is not for comparison, but rather an obligation of the countries to accomplish what they can do themselves.
"I am sure that this initiative will bring progress and better relations," said President Vučić and thanked Pendarovski for his contribution to the better relations between Belgrade and Skopje.
President Vučić added that the economic cooperation between the two countries is progressing and that trade is expected to get close to one billion this year. He said that the substance and essence always rest in economic relations, and added that in 2018 the exchange amounted to EUR 857.8 million, while in the first nine months of this year an increase of 7.6 per cent was recorded. 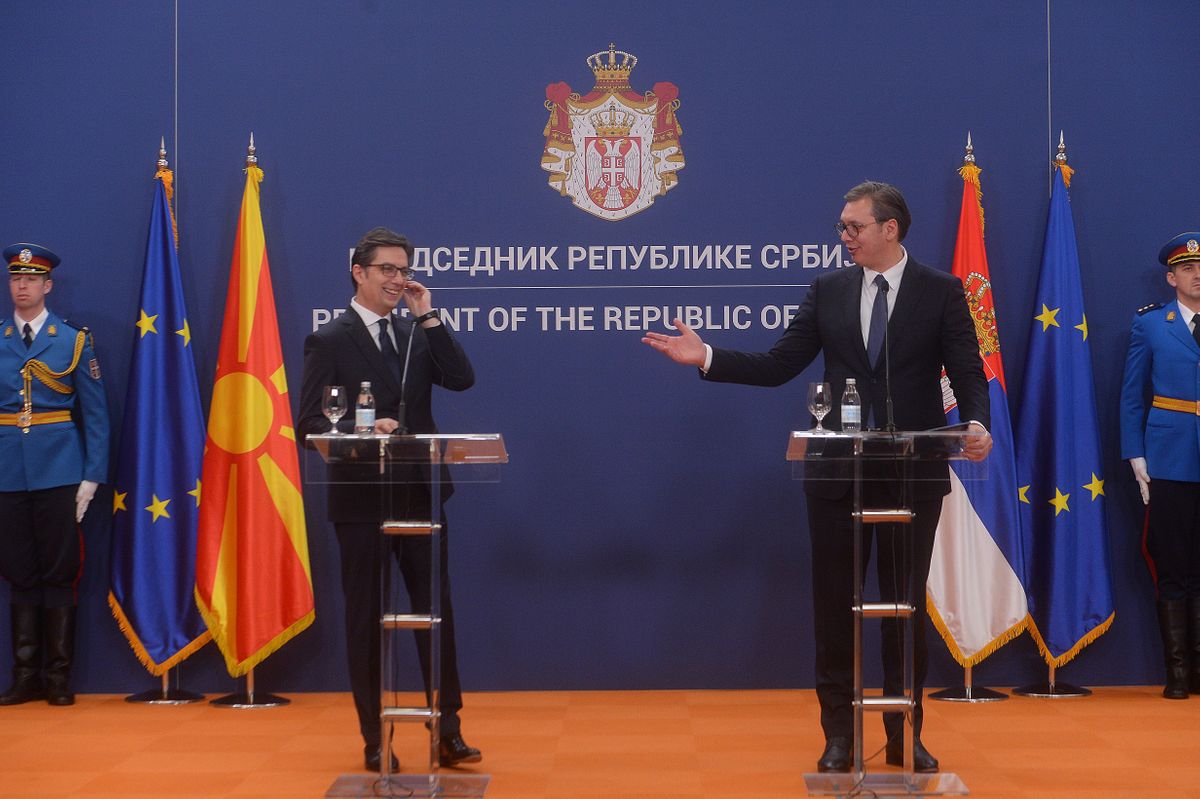 The President of the Republic of North Macedonia Stevo Pendarovski said that in talks with the President of the Republic of Serbia, Aleksandar Vučić, it was concluded that bilateral relations were excellent, without arguing points, and that he reiterated his country's position that the EU had no alternative for the Western Balkans region.
As he said at a joint press conference after the meeting with President of the Republic of Serbia Aleksandar Vučić, he is honoured to be on his first official visit to Serbia.
"Today's visit is yet another confirmation of mutual understanding and good neighbourly relations and yet another opportunity to emphasise the importance of building and maintaining relations between us and the wider region," said President Pendarovski.
Our countries and people are connected through a long historical tradition, Pendarovski said, and the two countries share a vision of a common future in the European family, adding that this is why top-level contacts are of particular importance and why they represent an additional signal for further development, friendship and cooperation of everyone at all the other levels. 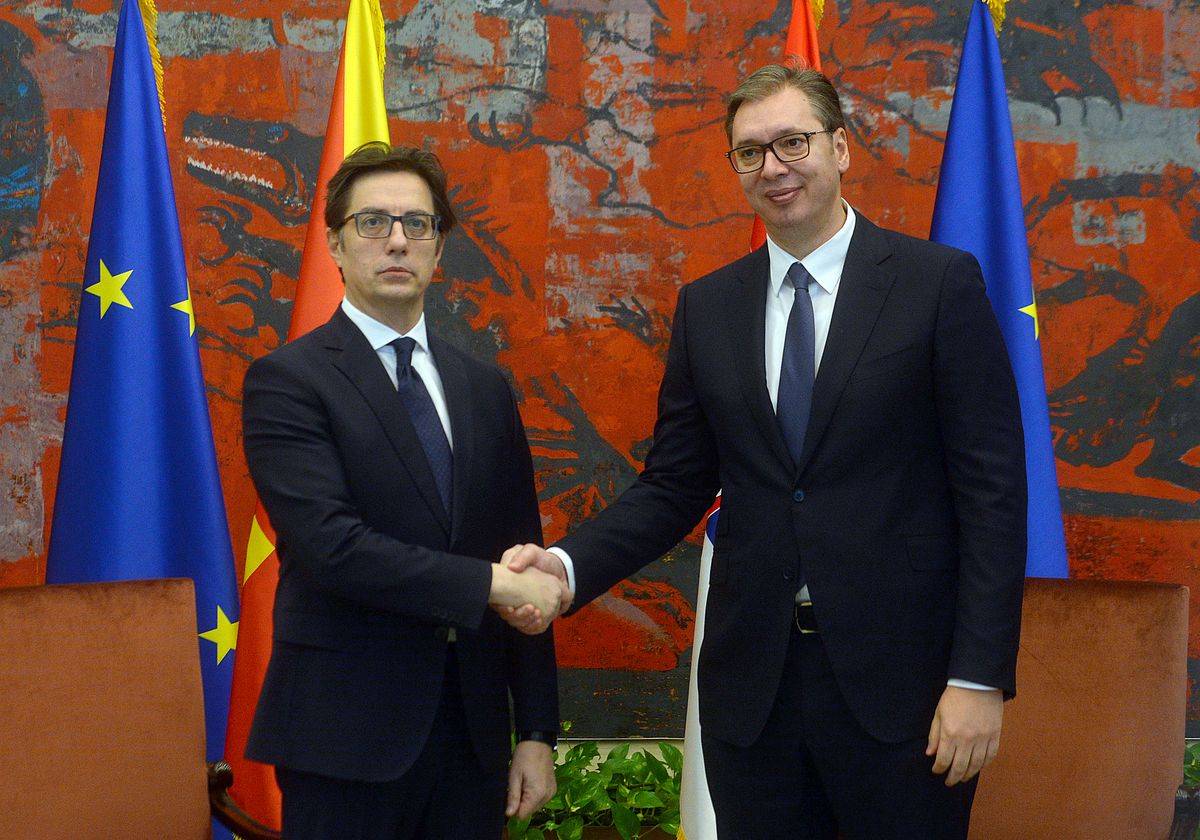 He also referred to the relations between Belgrade and Priština and stressed that the solution they agree must bring stability to the region and must not compromise the sovereignty of other countries in the region. Special emphasis was placed on economic cooperation, Pendarovski said, pointing out that although a positive trend is being observed, there is a clear need to strengthen the trade exchange.
"I believe that there is room for further strengthening of economic cooperation. We must turn to the future and focus our capacities on the economy so that the citizens of our countries and regions can live better," said President Pendarovski.
We need better infrastructure, Pendarovski added, and said he congratulated President Vučić on two highways - to North Macedonia and Bulgaria, which are expected to significantly affect higher levels of trade relations.
Share