President of the Republic of Serbia Aleksandar Vučić met today in Dimitrovgrad with the President of the Republic of Bulgaria, Rumen Radev. After a meeting with representatives of the Bulgarian national minority, the two presidents attended the unveiling ceremony of the monument to St. Cyril and Methodius and toured the reconstructed building of St. Cyril and Methodius High School. 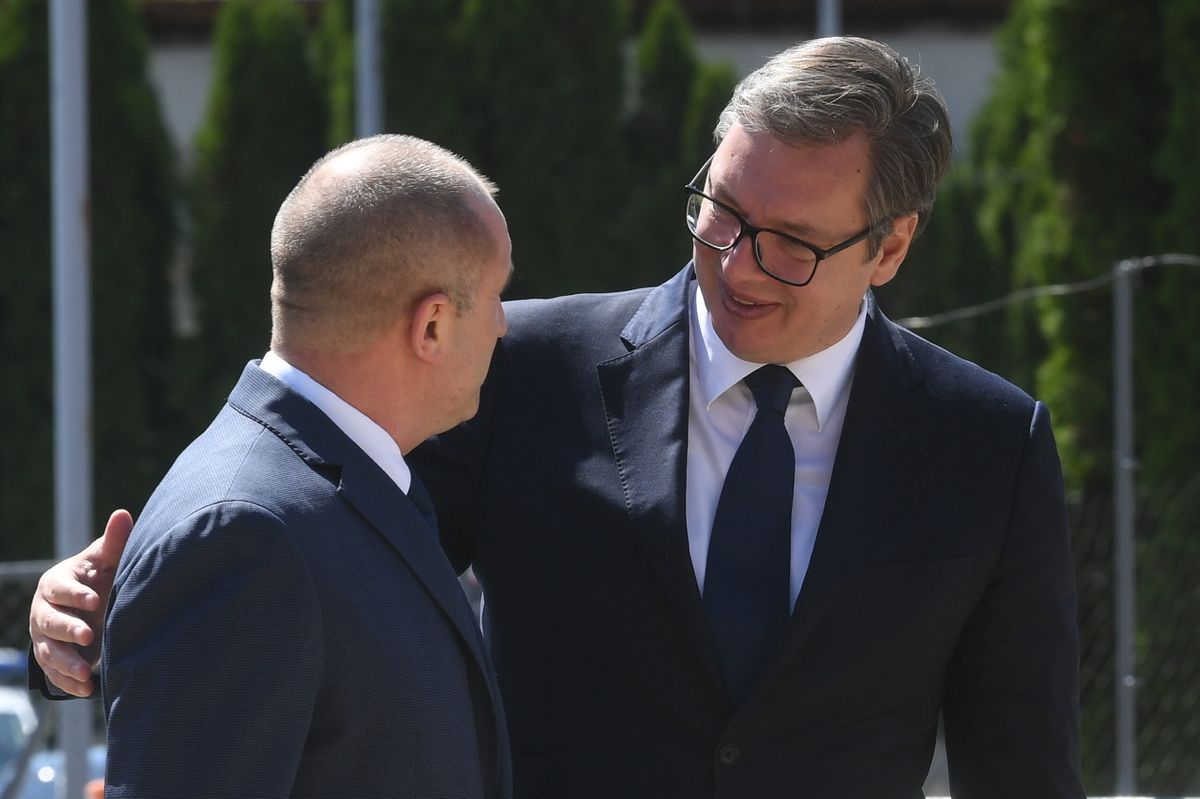 In the address after the meeting, President Vučić said that the relations between Serbia and Bulgaria are good, that the two countries foster friendly ties and added that members of the Bulgarian national minority in Serbia can always count on the open arms of the state. In addition to the topic of textbooks in the Bulgarian language and historical issues, the President primarily talked with his guest about the economy, employment and investments.
President Vučić pointed out that members of the Bulgarian national minority should be a bridge between Serbia and Bulgaria.
"We will strive to adhere to the things that bind and bring us closer, as well as to solve the things that separated us in the past," said President Vučić and stated that the trade exchange between the two countries is good, but that it can and must be higher. He noted that there are many joint projects, which are very important for both countries. 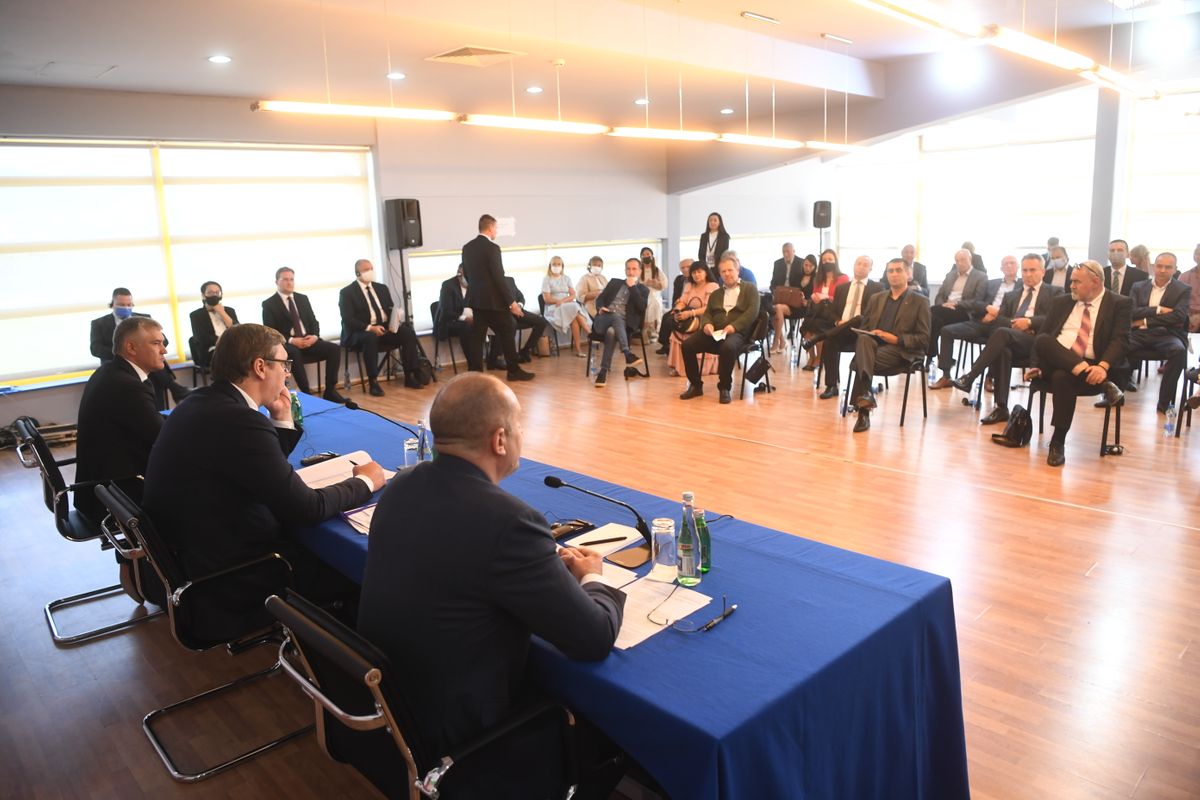 "We have built a highway to the border and Bulgaria is building a fast road i.e. a highway to Sofia. We are carrying out a complete reconstruction of the railway and at the beginning of next year, works will begin on the Niš-Dimitrovgrad section, worth 270 million euros. When we reconstruct that railway, and we have an agreement with the EU on a fast railway to Nis, we will additionally bring two countries and our two capitals closer", explained President Vučić and added that the interconnector project, worth 89 million euros, represents an important investment for Serbia because, along with the Balkan Stream, it will enable further diversification of energy sources. 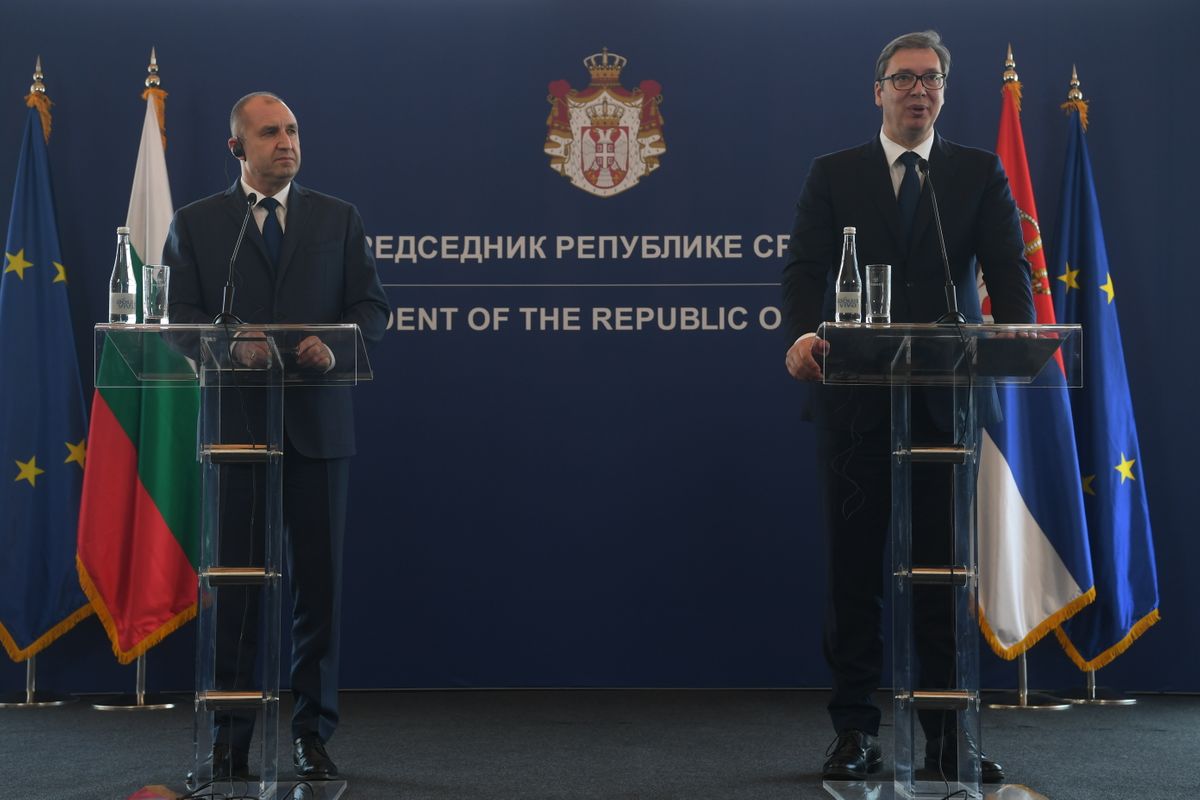 President Vučić thanked Bulgaria for supporting Serbia on its European path and said that he wished all the best to the fraternal Bulgarian people.
"We do not see any problems between our two countries. I wish all the best to the Bulgarian people, wherever they live. We are friends and brothers. It is important that we look to the future together and build it," said President Vučić and thanked President Radev for his commitment to building friendly relations with Serbia. 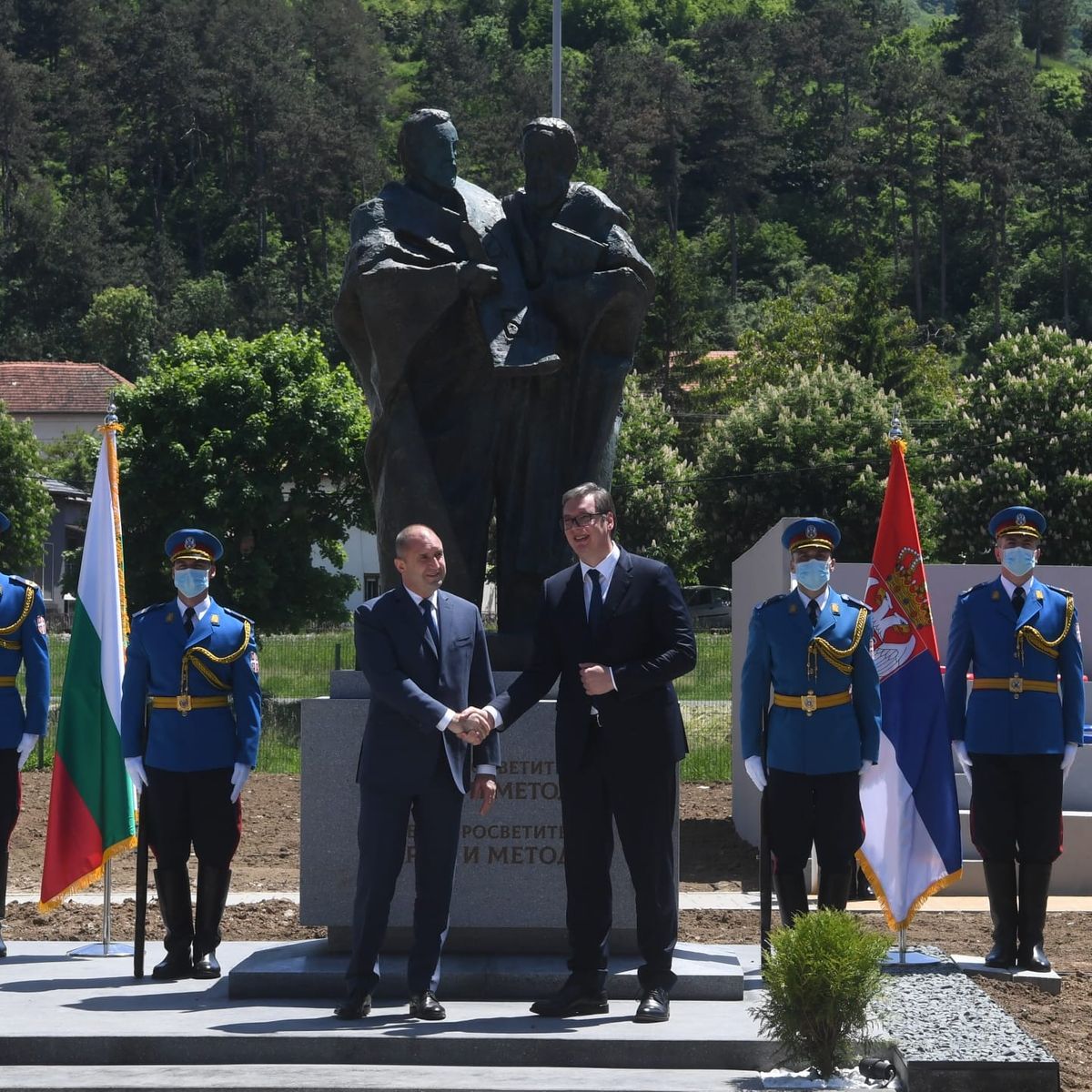 President of the Republic of Bulgaria, Rumen Radev, pointed out that Bulgaria is building a joint European path with Serbia and added that President Vučić would fulfil everything he promised and what was agreed. He thanked President Vučić for the invitation and warm hospitality and noted that a meeting of the two presidents was held for the first time three years ago, together with the Bulgarian national minority in Serbia.
"It was an unprecedented meeting. It shows a friendship, good neighbourly relations and decisive action on the issue of our two peoples," said President Radev, adding that the monument to Cyril and Methodius, for which the cornerstone was laid three years ago, will the two nations connect spiritually.
"Not only are we sharing a common spiritual space today thanks to Cyril and Methodius, but we are also writing the same alphabet. It shows historical closeness, but also outlines a common path for our ambitions. We are moving towards further friendship," said President Radev.
Dimitrovgrad,
23rd May 2021
Share