President Vučić expressed his gratitude for the support to the European path of our country and emphasised that due to the consistent support to the territorial integrity of Serbia as well as due to the support in the protection of its essential state and national interests, Greece enjoys tremendous respect of the Serbian people. He pointed out that the centuries-long ties and friendship between Serbia and Greece and between the Serbian and Greek people are featured by closeness and solidity and that they have been affirmed numerous times by examples of solidarity in the most difficult historical moments. 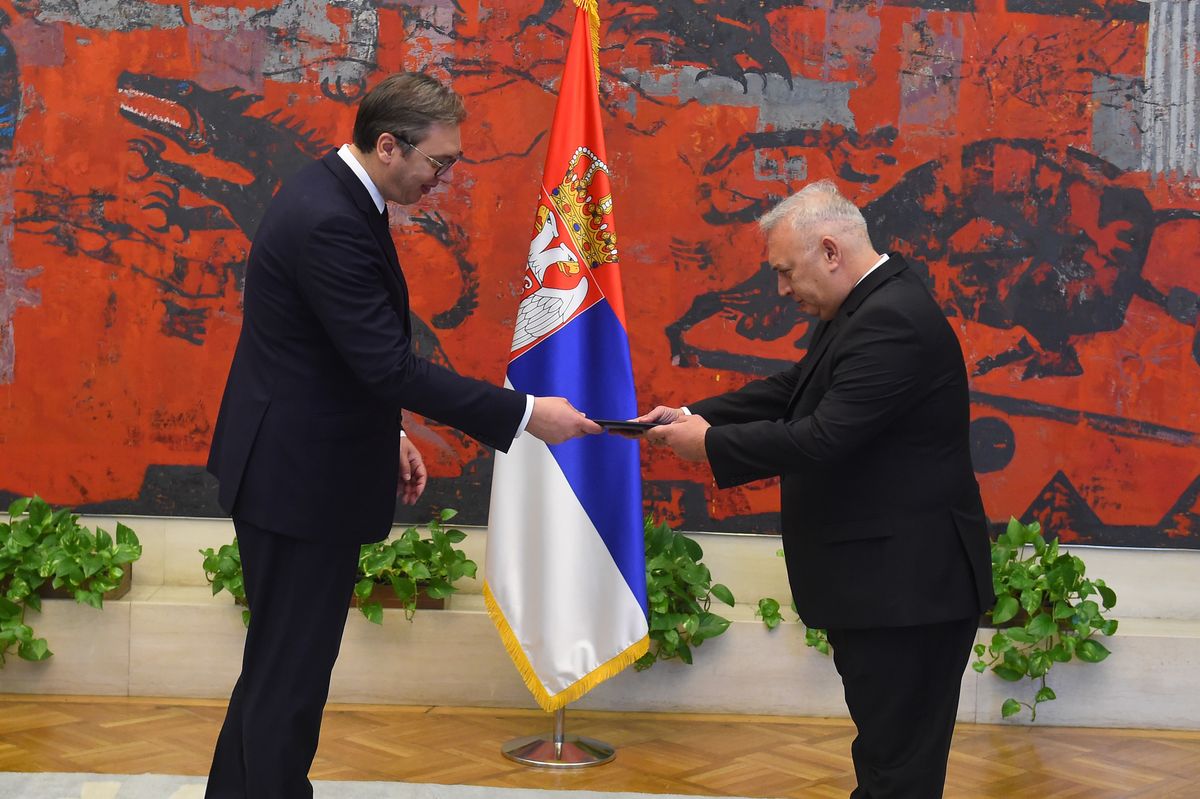 President Vučić and Ambassador Diakofotakis expressed their hope that the development of the Serbian-Greek relations will continue to the mutual benefit and through the good practice of sessions of the High Council for Cooperation between Serbia and Greece. The third session of the Council is expected to be held in December in Athens. The Declaration on Strategic Partnership will be signed on that occasion which would formalise the highest level of cooperation between the Republic of Serbia and the Republic of Greece.
The two interlocutors expressed their expectation that economic cooperation will increase in the coming period and that transportation connections will be strengthened as well. They also emphasised the importance of cooperation between the two countries through the format of Quadrilateral with Romania and Bulgaria which - in addition to the initiative for infrastructure and energy-related connections - also resulted in the proposal for the joint organisation of the World Football Cup in 2030.
VIDEO AND PHOTO MATERIALS CAN BE DOWNLOADED FROM THE FTP SERVER OF THE MINISTRY OF DEFENCE.
Belgrade, 24th October 2019
Share