President of the Republic of Serbia Aleksandar Vučić received the Letter of Credence from the newly appointed Ambassador of Montenegro Tarzan Milošević and wished him a successful diplomatic post in Belgrade and to contribute through his committed engagement to the development of all forms of cooperation of mutual interest.

President Vučić emphasised that he will continue to promote stability in the region by maintaining the policy of peace and cooperation in the Western Balkans. He added that in that context he remains committed to the further development of good neighbourly relations with Montenegro with the expectation that the two countries will seek to solve all the open issues through a dialogue and in the mutually acceptable manner as the good relations between Serbia and Montenegro are important for both the citizens of the two countries and for the regional stability alike. 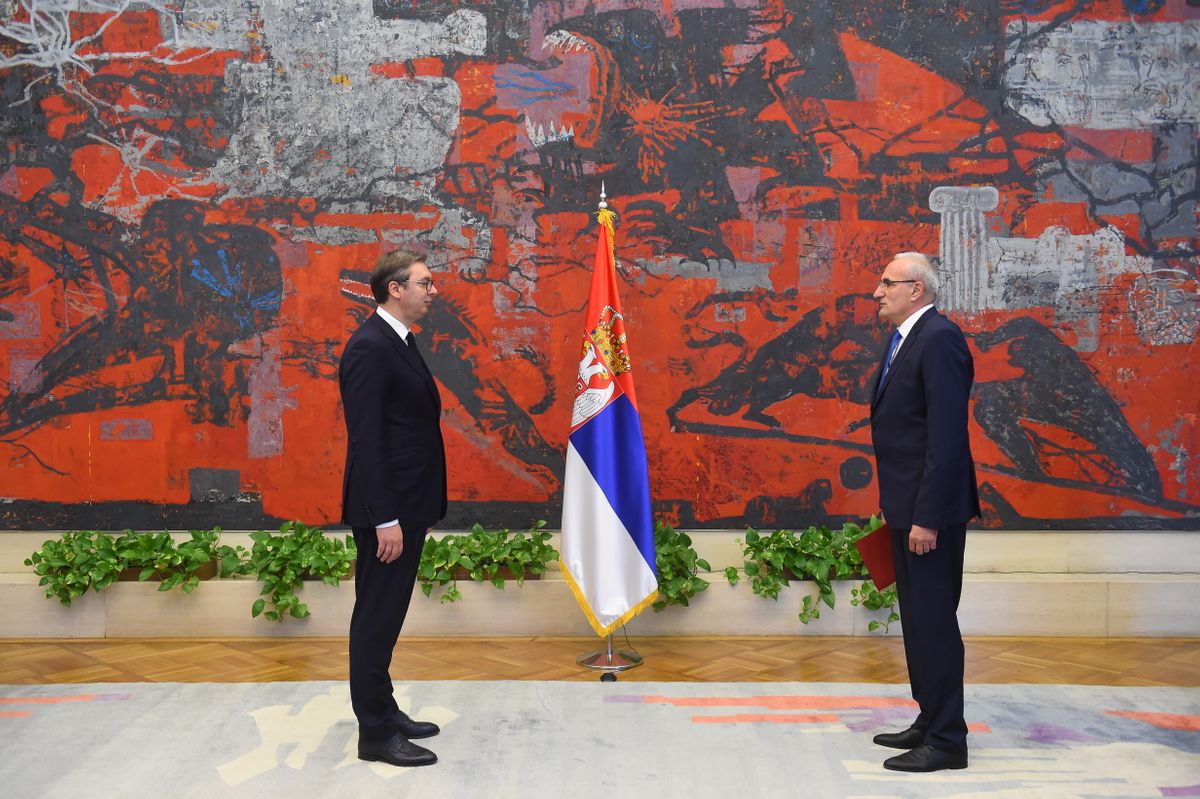 President Vučić and Ambassador Milošević agreed that the two countries should continue with the mutual support in the Euro-integration process as well as that the priority continues to be the infrastructural connection and economic cooperation. President Vučić informed Ambassador Milošević about the initiative from the Joint Declaration with the Prime Ministers of North Macedonia and Albania regarding the implementation of four freedoms of the European Union in the Western Balkans which should promote the free flow of people, goods, services and capital. Ambassador Milošević said that the economic progress of Serbia is evident, especially through the number of the new jobs and suggested concrete projects aimed at facilitation of the cross-border flow of goods and particularly of agricultural products.
VIDEO AND PHOTO MATERIALS CAN BE DOWNLOADED FROM THE FTP SERVER OF THE MINISTRY OF DEFENCE.
Belgrade, 24th October 2019
Share