President of the Republic of Serbia Aleksandar Vučić received the Letter of Credence whereby King Harald V appoints Jørn Eugen Gjelstad as the Ambassador Extraordinary and Plenipotentiary of the Kingdom of Norway.

President Vučić welcomed the Ambassador and expressed his belief that he will have successful cooperation with Ambassador Gjelstad with respect to the further development of relations between Serbia and Norway.
The two interlocutors agreed that the bilateral relations are marked by a developed political dialogue and extensive possibilities for the development of economic cooperation.
President Vučić thanked for the support of Norway on the European path of Serbia and for the donations and the development-related aid and expressed his interest in cooperation in new projects such as the programme for young entrepreneurs which promote the economic growth and building of the spirit of entrepreneurship. 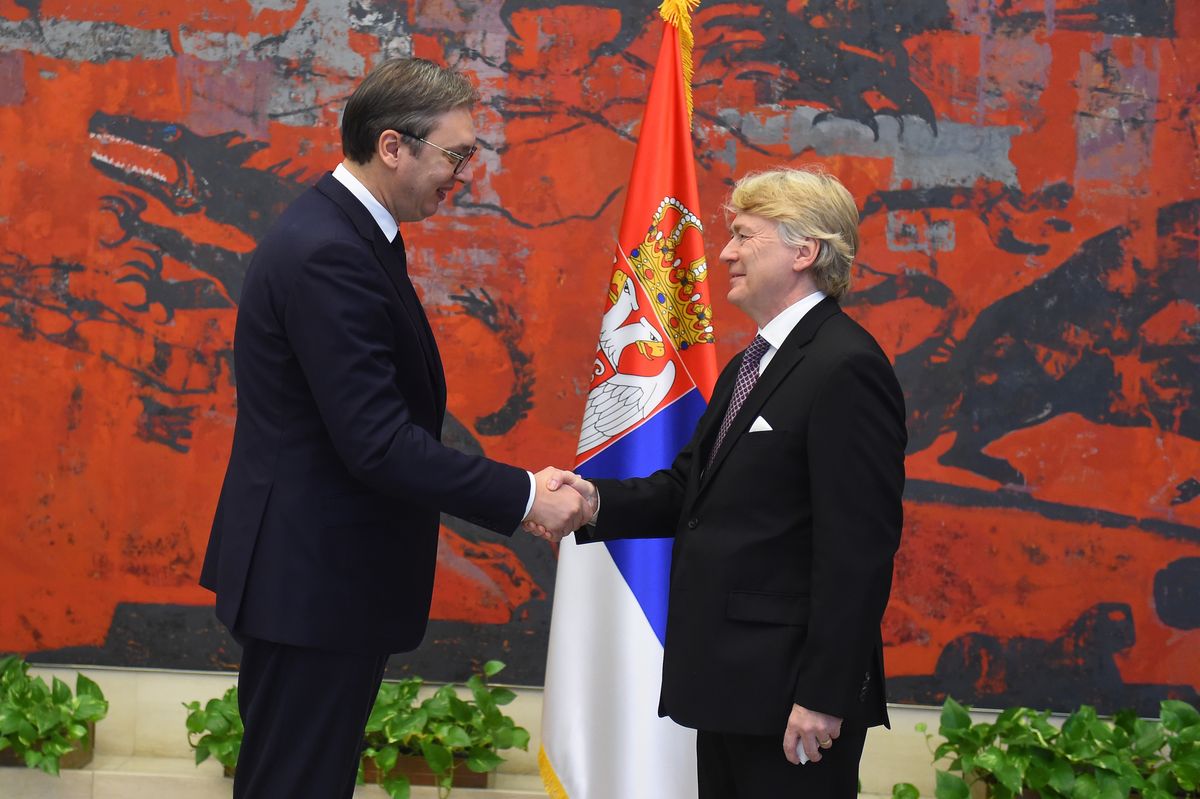 Ambassador Gjelstad said during the talks that stability of our region and Europe is important for Norway and added he was impressed by the regional initiatives of President Vučić especially by the recent one regarding the free movement of people, service, goods and capital in the Western Balkans.
Considering that one of the key priorities for Serbia remains the affirmation of regional cooperation and stronger economic ties in the region, President Vučić was interested in the experiences of the Nordic Council as the unique example of strong regional cooperation.
The two interlocutors also tackled the regional situation and in particular the dialogue between Belgrade and Priština.
VIDEO AND PHOTO MATERIALS CAN BE DOWNLOADED FROM THE FTP SERVER OF THE MINISTRY OF DEFENCE.
Belgrade, 24th October 2019
Share