Ambassador of the Republic of the Union of Myanmar Thurain Thant Zin presented the Letter of Credence to the President of the Republic of Serbia Aleksandar Vučić, who wished him welcome and expressed his support for the future work in Belgrade so that the two countries, on the basis of good political relations, can develop a diverse cooperation, especially in the field of economy.

President Vučić reminded that the two countries had intensive cooperation upon the establishment of diplomatic relations at the end of 1950ies which now gains the best track to get extended again.
Ambassador Thant Zin conveyed the interest of Myanmar for cooperation in the industrialisation of the country and especially for the transfer of technologies, cooperation in the sectors of mining and energy as well as in the areas of forestry and agriculture.
The two interlocutors agreed that for the economic relations of the two countries the long-term successful business operations of the company "Invest-Import" from Belgrade remains to be of great importance, as the company has its representative office in Yangon as of 1956 thus being an example of large opportunities for business in Myanmar. 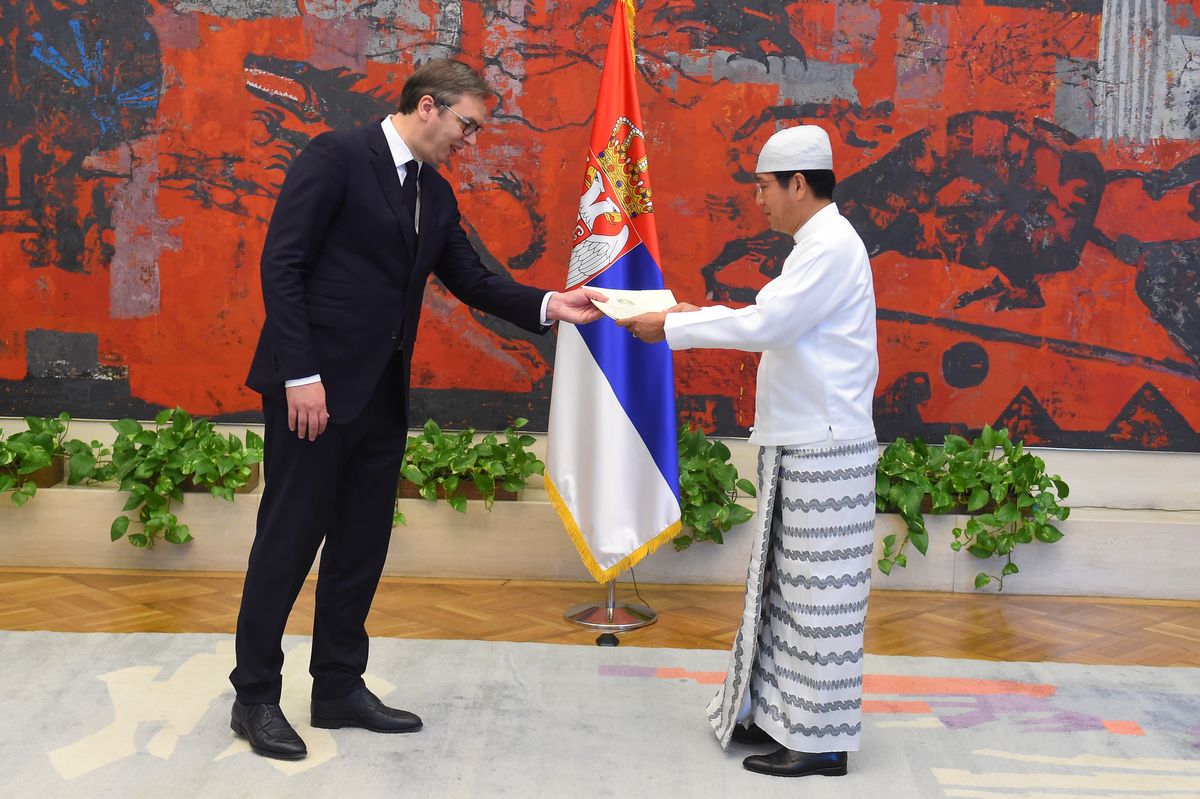 President Vučić expressed his gratitude for the principled position of the friendly country with respect to non-recognition of so-called Kosovo. „It is of utmost importance for the state and national interests of Serbia, but also serves as evidence of the independence of Myanmar and its consistent respect of the basic principles of the international law", said President Vučić. He particularly emphasised the persistence on this issue which Myanmar displays when voting in the international organisations against the membership of so-called Kosovo.
Ambassador Thant Zin conveyed to President Vučić the greetings of the state leadership of Myanmar and their wishes for progress and well-being of Serbia as well the message on the firm position of this country regarding the need for respect of the international law and in that sense the non-recognition of so-called Kosovo.
VIDEO AND PHOTO MATERIALS CAN BE DOWNLOADED FROM THE FTP SERVER OF THE MINISTRY OF DEFENCE.
Belgrade, 24th October 2019
Share